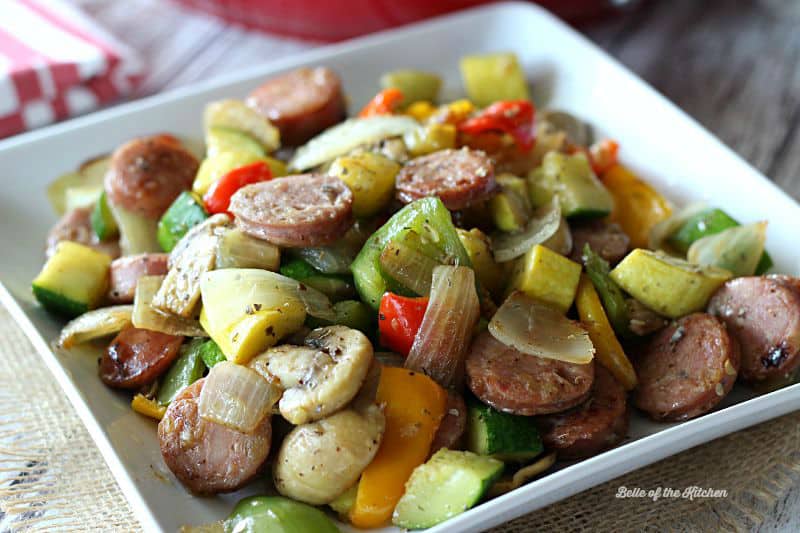 You are watching: What To Do With Chicken Apple Sausage

I know I mentioned to y’all a couple of weeks ago when I posted the Nutella S’mores Bars that my hubby and I had embarked on this crazy journey called the Whole30. We were very successful for about 2 and a half weeks before we kind of gave it a rest. We didn’t give up completely, but we did start to add some things back in; namely sugar and cheese!

Those were the most challenging to give up for me, which was surprising because I truly thought I would struggle more with giving up bread. Honestly, I’ve probably only eaten bread or something similar a handful of times since we stopped the Whole30. I’ve also been making Paleo dinners nearly every night, so we are trying to stick with it as best we can. But chocolate? I just CAN. NOT. give that up! I missed it so much I’m pretty sure I had dreams about it. 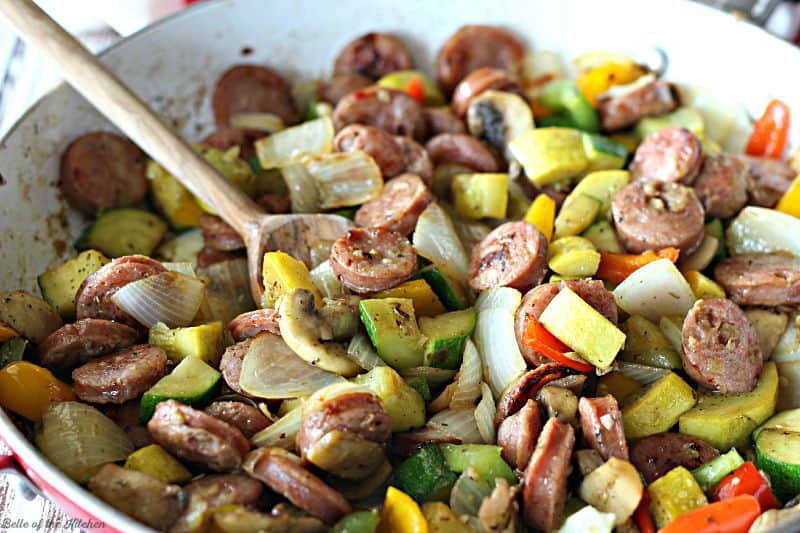 The other thing I found that I just can’t live without is butter. Whole30 limits the types of fats that you can use for cooking, and since butter contains dairy, it’s not compliant. I gave Ghee (clarified butter) a good college-try, I really did. But man, I just couldn’t get on board with the taste. I would rather cook with coconut oil or olive oil than with Ghee. It’s probably one of those things that you just have to acquire a taste for, but for me? I think I’ll just stick with good ole butter. 😉

When I was doing my research for Whole30 and Paleo ideas, I decided to check out some of the yummy recipes over at Peace, Love, and Low Carb. I’ve been a fan of her recipes for a long time, well before I even started my blog. I found this one over on her site and just tweaked it a tad to fit with what I had on hand and what I could use with Whole30. I have to say, it was a big winner at our dinner table! 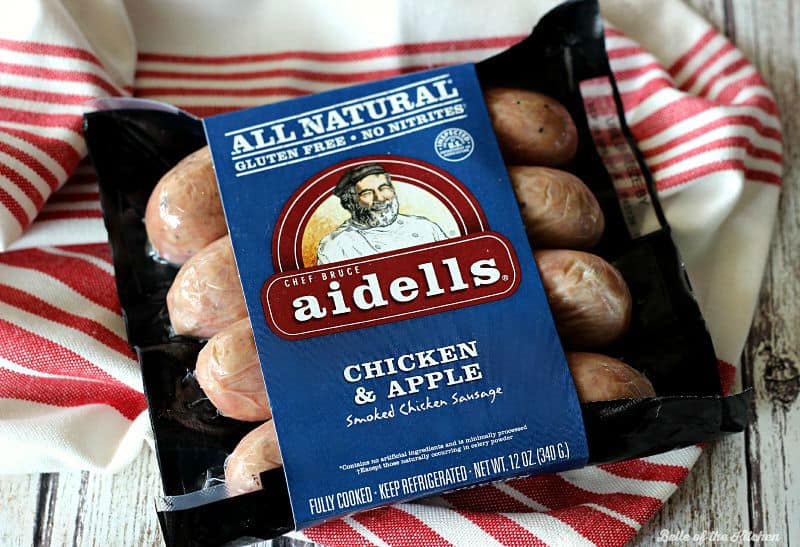 To make this Whole30 compliant I used a package of Aidells Chicken & Apple Smoked Chicken Sausage. I LOOOOOOOVE this stuff, y’all. It’s so tasty and delicious, and only contains good ingredients. I bought mine at Costco, but I also noticed it at Target the other day, and also at our military commissary! By the way, in no way shape or form am I being paid to tell y’all about this sausage. I just love it so much and wanted to spread that love around. It’s honestly a lifesaver if you’re doing the Whole30, and it’s an awesome better-for-you sausage even if you’re not! 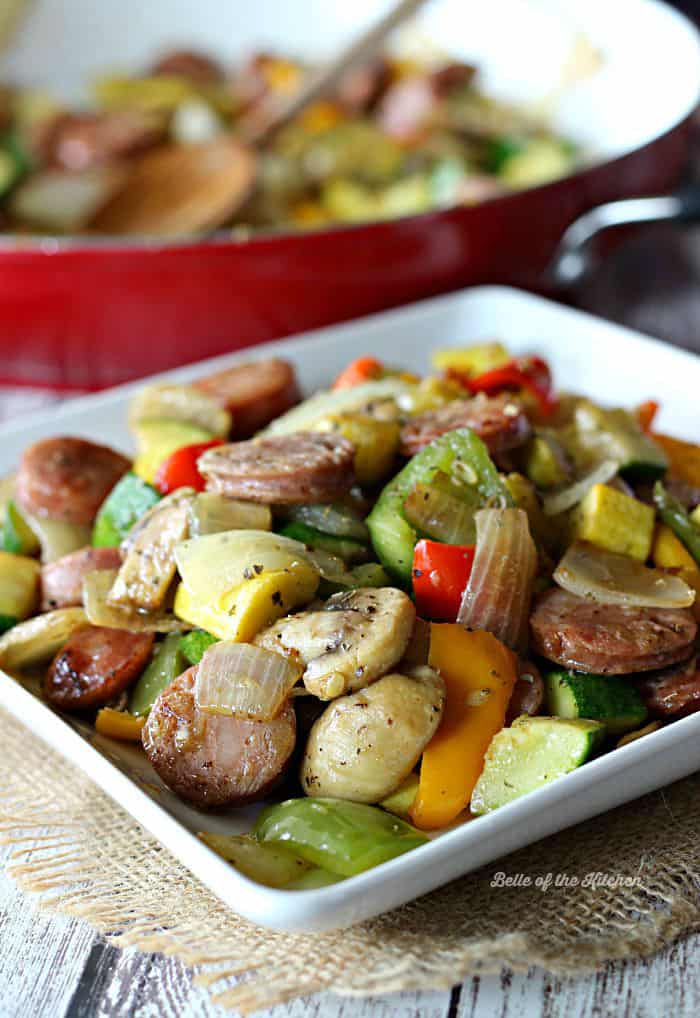 By the way, I’m still on the hunt for a good Paleo pizza dough recipe. If you’ve got one, send it my way! Have a great weekend, y’all!

What To Eat With Black Bean Hummus | Coral's Blog –...